Republished with permission, this article first appeared in the NACS April Magazine.

When it comes to pursuing a carbon neutral life, few are sufficiently worthy to take a Greta Thunberg, crossing-the-Atlantic-in-a-sailboat path. But for those so inclined, opportunities to reduce emissions are far more practical and accessible, with carbon offsets taking care of whatever is left.

Climate change, greenhouse gases and sustainability are top of mind among consumers, who are tweeting, posting and liking content related to the environment. “The percentage of Americans who say global warming is personally important is now at a record high, 72%, up 9 percentage points since March 2018,” Anthony Leiserowitz, the director of Yale’s program on climate change communication, said in an interview with National Geographic.

It’s perhaps little surprise then that “flight shaming” is a growing movement, with traveler guilt propelling the carbon-offsetting market for economy flights to $3.8 billion annually during the next five years, according to a 2019 Citi assessment.

Enter the convenience store industry, whose 122,500 locations that sell fuel are a prime target for … “drive shaming?” Perhaps not so fast, with the automobile holding personal significance for millions of Americans, who own more than 250 million cars and trucks. But there is a growing chorus among the public for doing something to address climate change. And if driving less isn’t an option, then perhaps offsetting the impact of driving is.

“A sustainable approach,” writes the Environmental Protection Agency (EPA), “is a systems based approach that seeks to understand the interactions which exist among environmental, social and economic pillars to better understand the consequences of our actions.”

For retailers adopting a carbon offset program, each of these pillars would weigh on their motivation and degree of participation.

For instance, for those who find strong alignment with the environmental and social pillars, the economic pillar might temper their involvement. That is, what if the initiative imperiled jobs? The retailer would then need to find a comfortable balance among all three to justify environmental pillar).

For GreenPrint, a company that offers sustainability initiatives, including carbon offset programs, to the convenience store industry, its promise is to deliver strong returns on all three. “It’s a hot topic and a bridge to the future, a way to engage customers in something that is relevant and timely,” said Pete Davis, CEO at GreenPrint. And while supporting consumers’ desires to curb their carbon footprint, the programs can lead to increased sales. “They build loyalty and business; it’s something that is easy to do without capital,” he said.

Some retailers look to GreenPrint for an integrated marketing operation, while others retain management of those tasks in-house. And stations that sell more fuel and decide to offset a greater percentage of projected emissions will pay more (offsetting is accomplished by planting trees, helping to fill landfills or other actions whose end results help offset the emissions caused by driving).

GreenPrint’s pitch to retailers cites strong customer engagement and loyalty for a retailer that participates in a carbon offset program. “This is a competitive differentiator [for retailers],” Davis said. At a time of shrinking fuel margins, the ability to differentiate one’s brand is a strong selling point.

SpeedyQ Markets
“We are unbranded and wanted to find something that we could do with our fuel to [distinguish] it,” said Kyle Lawrence, president of Kimball, Michigan-based SpeedyQ Markets. His company began working with GreenPrint in 2018, and to date, the partnership has resulted in its planting nearly 5,000 trees to help offset emissions associated with customer fill-ups.

GreenPrint helped launched SpeedyQ’s DRIVE program, a unique branding that is communicated across various touchpoints. For SpeedyQ, a carbon offset program is a compelling story to tell its customers. “We were looking for something positive to tell the customer that they could associate with our fuel,” Lawrence said.

While the program has been in place less than two years, “We feel that there has been a volume lift,” Lawrence said, though how much is uncertain. “It’s tricky because tracing the increase to one thing is not easy.” A post-launch survey conducted by GreenPrint at five participating locations revealed a Net Promoter Score (NPS) of 80 for SpeedyQ customers who were aware of the program, an exceptional figure but one lacking context as a pre-launch survey was not conducted.

Twice Daily
Nashville-based Twice Daily Convenience Stores sought to set itself apart in a crowded market and has worked with GreenPrint in launching its Twice Daily THRIVE program. “We want to be the premier convenience retailer in our market and offer a differentiated experience that excites our customers and team members,” said Ken Hagler, senior director of merchandising for Twice Daily.

Additionally, Hagler sees a carbon offset program as aligning with the company’s societal pillar for sustainability. “We partner with local communities and organizations to support their sustainability efforts,” Hagler said, such as those focused on urban agriculture and nature conservancy. “There are seven farmers markets we work with, and we give away thousands of tree saplings each year … And we’ve committed to the Arbor Day Foundation to plant 25,000 trees.” (To date, Twice Daily has planted nearly 22,000.)

As to measuring customer loyalties or increased sales, Hagler said for Twice Daily, the focus is on being “environmentally responsible and doing the right thing.” While acknowledging the cost of partnering with an offset solutions provider—“We spend in the hundreds of thousands of dollars per year”—he said the cost is borne internally. “We know that some retailers will raise prices on a gallon of gas a penny or two to offset the program, but we decided not to take that approach. … We look at it more long term and feel that it will have a positive impact on our fuel volume anyway,” Hagler said.

Based on pre- and post-launch surveys, Hagler said the brand’s NPS score has risen from 23 to 44, a significant jump in less than two years. “There’s a greater awareness of the program, and it’s being positively received by our guests,” he shared.

Shell
Oil giant Shell offers consumers the ability to offset carbon from their fuel purchases. Last year, the brand introduced a program in the Netherlands to apply carbon credits toward customers’ purchases of Shell V-Power gasoline or diesel. Each carbon credit represents the removal of one ton of carbon from the atmosphere, according to Shell, and the company will invest in projects to protect and regenerate forests as part of efforts to help offset the emissions from the fuel purchase.

Shell puts the power in motorists’ hands by giving them a way to offset driving emissions by paying a small fee (about one cent per fuel liter) designated to fund carbon reduction initiatives. Implemented in stations in Austria, Germany, Switzerland and the United Kingdom, the money is used to fund conservation and restoration projects around the globe.

While the carbon offsets Shell offers are only for the consumer portion of emissions—from the burning of gasoline—the company plans to fund carbon offset projects for its portion of the emissions from the manufacture, transport and sale of the fuel as well. Overall, the program will contribute to Shell’s three-year target, which started in 2019, to reduce its net carbon footprint by 2% to 3%.

Green Gas
Nonprofit Green Gas allows customers to offset their driving emissions at the gas pump via donations. The donations then fund a portfolio of projects tackling climate change.

The Green Gas button appears on gas pumps in a handful of states across the U.S. East Coast. Pressing it allows customers to donate $1 (to offset an average fill-up of 10 gallons) to green projects that benefit the health of their community and planet. The company is beta-testing the next version of the program across a national footprint that would allow customers to opt-in, but the cost will be borne by the retailer. This new version will be free to customers, “because we realize the value we bring to retailers,” said Liam Madden, co-founder of Green Gas.

Green Gas is also known for creating the world’s first carbon neutral way of paying for gas—the Green Gas Card—a gas payment card that syncs directly to consumers’ bank accounts and donates 10 cents per gallon to environmental projects that absorb carbon pollution from the atmosphere, offsetting 100% of the carbon emissions of all fuel purchased with the card.

In his report, “The Seven Sins of Greenwashing,” Scot Case addresses false and misleading claims made to consumers about environmental practices or benefits (see sidebar). While the report is instructive for consumers, it is also highly relevant and useful for retailers who are pursuing a carbon offset program.

Case cites marketing language that retailers use to promote carbon offset programs. “Phrases like, ‘This program reduces carbon emissions’ or anything that references reducing emissions is simply false,” he said. “A carbon offset program does not reduce emissions. It offsets them.” Additionally, because a retailer can choose the percentage of their carbon offset participation, providing transparency is important. (Are you offsetting 2%? 30%? What are you communicating to your customers?) The distinction is not trivial and goes to the heart of consumer perceptions about carbon offset programs.

All of which doesn’t diminish the importance of a carbon offset program; rather, it places an extra effort on retailers’ parts to ensure that the end results are communicated accurately and align with their corporate sustainability goals. And then, for retailers like Hagler, the decision to participate is an easy one.

“When you look at the big picture, it’s the right thing to do,” he said. “And we want to become the destination of choice for folks who want to do the right thing, too.” 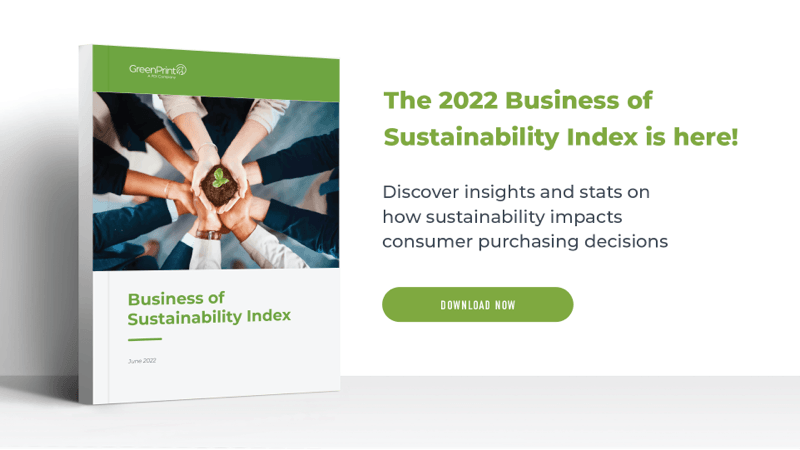